Working From Home - My Introspection

I can't believe it's already been two months...I guess it's time to accept that this might be the way things are for a while.

Well how about that, I'm about two months deep into this work from home life.

Not that this is a completely new concept to me since I've been working from home every Friday for almost two years now, but it's the first time it's been mandatory and constant for weeks...

Didn't think I'd assimilate to this lifestyle as well as I did, good for me. Of course, as with anything, there are downsides. I'll get to that later.

Anyway, I'm sure it has been a learning process for you as well. Whether you are out there being essential or holed up in your room with nothing but a terminal open and some coffee, I'm sure there are things you've discovered about yourself and your work life.

After many days and nights staying in, working and keeping entertained, I've observed quite a few things...

I think I probably should get into a little bit of what I do beforehand so here it is.

First and foremost, I am a software engineer. I primarily work in an open floor plan space in the same town I live in with occasional hops into HQ in New York City.

When I'm not hacking away at my desk, I have other responsibilities that require meeting with people and:

On an average week, I attend about two meetings a day with at least one of them being hosted on Zoom or Teams. This means I am no stranger to virtual meetings, I recognize that this is a privilege.

Due to the nature of some of the meetings, particularly the routine ones, they have never taken place virtually. If there's a conflict or something, it's almost always rescheduled so I was eager to see what would happen when we all suddenly went remote.

Side note: The speed at which we all went remote was astonishing. One day I was leaving the office at 6 after having meetings all day, the very next day I was picking up my baby bamboos from what appeared to be the aftermath of an apocalypse...

With all that said, my situation may be unique and very different than yours. 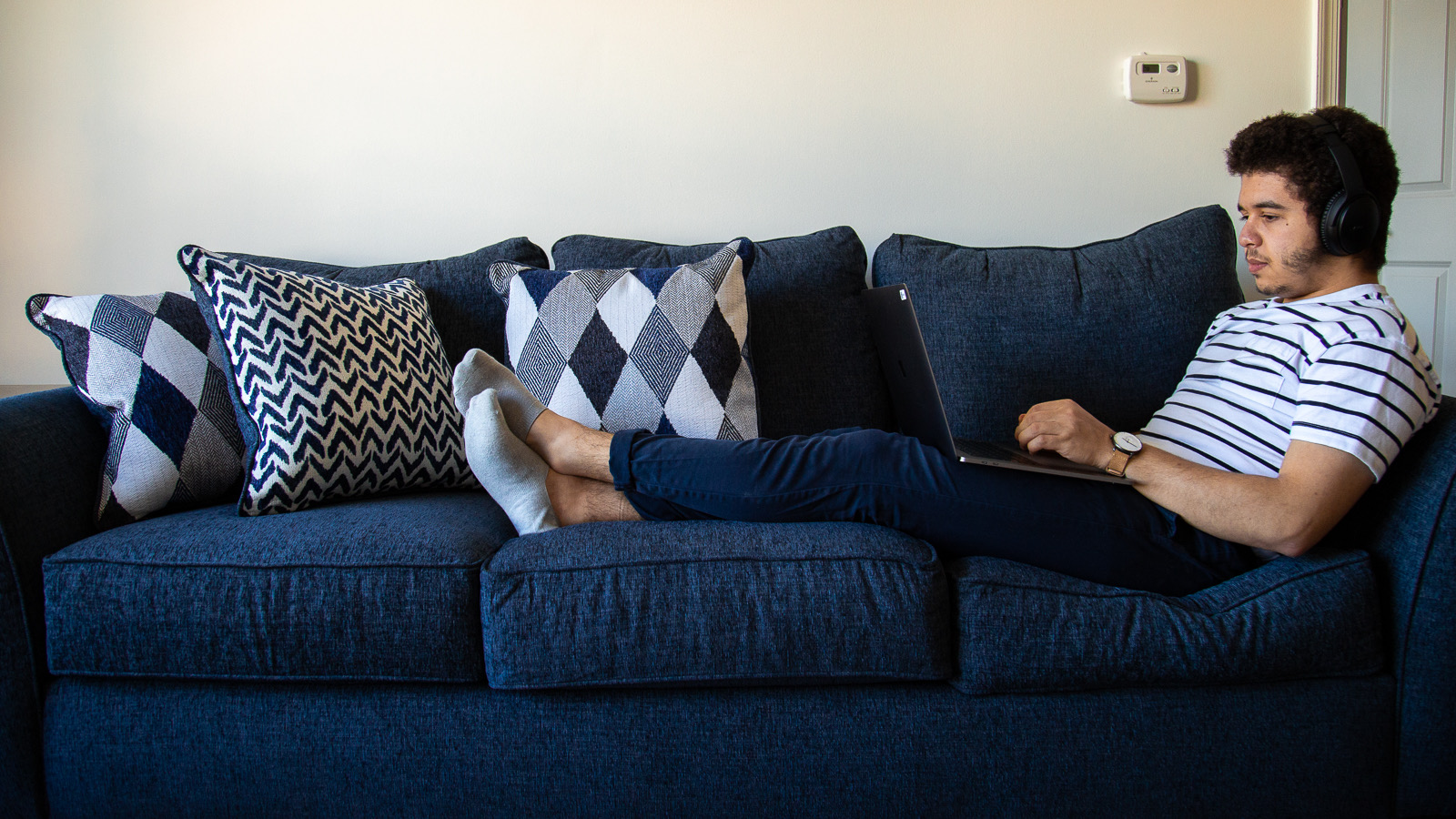 Things I am learning

These last couple of months have been really enlightening in some ways. Since there is a collective "no weekend plans" situation going down, I have experienced absolutely zero FOMO. There's nothing to MO on, it has been kinda comforting to know we're all in a similar boat.

On the other hand, just because you know I'm not out and about doing something, it does not mean I'm not busy.

In the last couple of months alone, I have started multiple projects (during the day and during the night), and I moved apartments. Moving apartments during the plague is interesting, but relatively painless nonetheless.

With the new apartment came significant upgrade in space. You know what that means? Finding a new corner to work in every hour in order to cull stagnation. It's also very beneficial to do so, take my word.

Switching up where you work allows you to break up your day into smaller bites that can help make the day feel like it's going by faster. I usually start and end the day at my desk while taking meetings on the couch, replying to large amounts of email at my dining table, and completing everything in between on the kitchen counter. Go crazy, hop on that call from your bed, I won't tell. 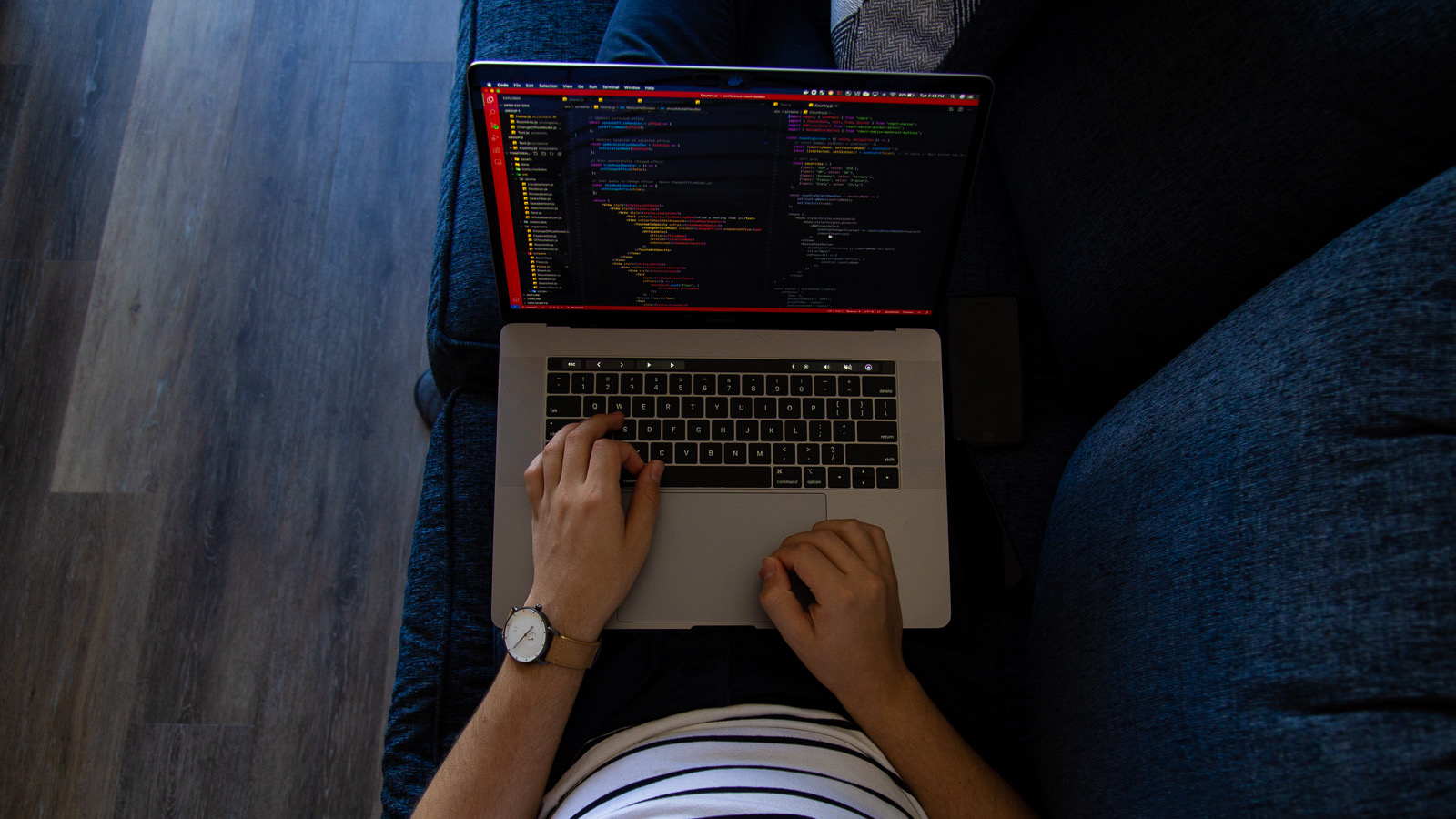 It's also super easy to find yourself going non-stop for hours. I can only speak for coding but I can physically feel the exhaustion if I don't keep an eye on how long I am working. Working from home allows you to immediately switch between work and non-work mode so stop every so often and....I don't know...cook? Play a video game? Read? I'm currently filling up my break times with Shadow of Mordor, highly recommend.

Don't allow yourself to work too much, just because you don't have to worry about a commute doesn't mean you should be expected to dedicate your entire day to your computer.

You know what else helps? Throwing something on tv that you've seen before while you work. This is especially helpful if you're wired in to your tasks as it gives you something to dedicate those small pockets of procrastination energy to.

You know what I'm talking about, those few seconds/minutes in between thoughts that you're just:

Whatever your thing is, having something to look up at every once in a while after extended periods of concentration is super helpful. Just make sure it's very much background content so that you can actually focus on your work. Some of these things for me are:

Right now, it's specifically Master of None.

I'm sure you were on the edge of your seat, and soon after quite disappointed with that payout, but it's true. It's better for some things and worse for other things.

At least for me and the nature of my work.

I know, I know, another winy coder. Just sit indoors and tip tap away and be grateful. Trust me, I am. What fun would reading this be if everything was just so great?

Turns out, none of my meetings necessarily had to be hosted in person. My team and I picked up from where we left off with virtually (😂) no setbacks. At least now no one will notice that you are on your phone!

Seriously though, we all presented our deliverables while also throwing in some chit-chat about our lives without sacrificing a single minute of our allotted meeting time. In fact, I noticed we have been finishing a bit earlier every time.

To the frequent and disgruntled remote work haters, what say you to this efficiency?

Everything we presented was going to be casted onto a screen anyway. (That is if we could get it to work) It's even easier just to hit share and have it show up on everyone's screen. Seems like a no brainer...

Just make sure you have solid internet, a comfortable chair, and a working knowledge of the "Raise Hand" feature and you're all set.

Yes I know, I also use Twitter. I can also read headlines and call it a day.

It's super true though. Regardless of how introverted you are, I'm convinced a part of you misses the little things like holding the elevator door open for someone or ordering coffee via voice-to-ear.

We don't think twice about these things in the real world but being quarantined for a couple months has tremendously elevated some of those tiny things for me.

Maybe it's just me?

There's nothing much else I can say about working from home. I love to see how everyone (engineer or not) is adapting to the situation and making the best of it. Who knows, maybe many of us will have to get used to this permanently. Might as well find what works and roll with it.